The act of writing poetry is, for me, an emptying of self—a getting out of the way. In the poet’s stead is the poem, which becomes a place of resonance, where the reader might recognize a voice otherwise unheard. For this to occur the poet must be autobiographically silent, so that the poems, individually and as a whole, transform into depositories for the reader’s experience. The poem’s truth is its emotion echoed in the reader, nothing else.

From The Consequence of Moonlight

I write according to this dictum: “We write for ourselves and for a stranger.” That stranger—the sought-after reader—would be someone for whom the poet’s specific experience, the kernel of the poem, is far less important than the reader’s own experience awakened through a connection with the emotional and spiritual truth of the poem. In this sense, the poem renews itself in the course of each acquisition.

From Corpus Homini: A Poem for Single Flesh

This field is not a place
of loss; the mushrooms bow
uncartilaged, unheeding of the sun.
They swivel low under their lowly
tops and cup the earth for drink.

What is it like? To set the sterling
silver to a task without sufficient
tines, to guess at taste, forgetful
of a teaspoon’s find or of a metal
boat against the tongue.

How would it be? To watch
the saints tell stories and not hear
about a woody morsel on their lips
(the turf in summer, vivid, between
sips): a common wince, a joy.

We wake to murk or moonlight
every night, squinting sometimes
at fog, sometimes at fingers faking
marquetry and trees. Where
nothing feels, nothing is ever real.

Heaven, I think, lives off our daily
skin, props us as sentient mushrooms
on our stems, stems over healing
wounds, wounds over soil,
over the gutsy bed of streams—oh,

how the glorious body happens.

We do not speak in tongues or hold séances—
hands on a table,
ear to a distant hymn, as if our ghosts were nimble
advocates of speech. Away from trances,

we believe in the close-knit village
of our voices; rarely believe in voices
we can’t hear. A word depends on impulses—
air-catch, air-lease—that hold its meaning hostage.

Language, like the dawn, is the defeat of hours
and a second’s gain, to look at new geraniums
and say, timelessly: pink thumbs:
two words that leave the womb as flowers;

it is to hear, inadequately, words like “last”
and “child,” in threat of twilight. Say it again,
please: “Last. Child. Last. Child.” While a judgment
rides home to its homecoming. Shouldn’t we ask

who and why, the plot and the denouement, the ache
for endings? One child’s asleep now;
the other’s fitfully awake.

Ah, what the soul gives for shape –
to be handled head-first

at the temples, to be cumbered
with cotton, white puffs

from plantations in heat; what it gives,
for the flick, flick elastic

on wrists, loose-leaf palms it befriends,
at its youngest – for the sake

of all this, and this place.
Love me now with your

hands (says the soul, half-exploring its
landscape), better me

with embodiment; come, angle the ribs
where they beach into

for cessation. When the room is redundant
of space, and its walls

wish for closure, thumb my corners
up, inward, wade your lips

through the ridge where they meet,
to allow recollection.

I must love with the tissue and the gloss
that embody: cellule, elegy,

ghost, danger, languish… all those words
out of context for souls,

God-forsaken, whiplash of the neck –
Interim

is a word I would use the most cautiously;
how precarious its hum,

Imagine a province with nothing you’ve
owned—shepherds and rucksacks,

mustard and figs, fence-
posts and pastures, valley of death.

Picture cedars and slingshots, a pocket
of beans, knotted sandals—

further downhill, the pink of a lamb no one seeks.
In this story (and others) they

tell us of these—an inn and a portico,
temple and dome: upheavals… the hazardous

eyes of a boy close to swine,
hung jury of a father in drapery robes,

the red
ring he surrenders.

And the stories have more
of the unknown: a river that licks what is other-

wise dry, the flap of a fishtail
in stone, always food, always given.

What is it about psalms
that converts them to tales of our weeds,

the brown chicory pulled from our drives,
our blank corrals? What holds

things—consolation, or garden, or hope?
What returns, blowing over the twilight-gold

pollen we bear to our tombs? Ache for angels?
We have left a dark Plymouth still idling,

our fog on its glass, a pure dent
in the backrest—the little we owned of a father,

a road, old communions.
Seven times we will wash away grist

from the slabs, rub the name, clean-sleeve
over; seven times we’ll hear, coming, the bleat

and the scuffle of lambkins.
Seven times the custodian—

or shepherd—will wait for us, sign for us,
one by one: Hija! My child…

Are you lost? Are you tarrying?

By way of longing, winter has its eye
on red wings negotiating timber limbs,
blood-rose and tailwind from the winter
bird: and nowhere nest, and nowhere

rest for saints. This I would see and call it
my concern. But only if I’d cradled her;
her feathers tufting, eager to be spared—
and nowhere nest, and nowhere rest

for beasts. Apocalyptic is too long a sigh,
the evening light translates to evening
wind. Again, an eye on whirled and wintered
bird. Awareness is the proper name for nest.

Restless we live; a penknife scrapes a ply-
wood, hinges harp; thud is the shutter’s
grim reminder that it shakes. The world’s alert
to feelings and to flukes. Until, confessed,

we hunger for the birds.

Purewhite, paperwhites,
odor of petals on the wicker-stand on which

shadows behind the screened porch…
We have been cautioned not

to invade the white square off the house,
where the dead live.

Why did you bring the bulbs
indoors this year? Fresh spring-

whites are for old slabs with their prone angels.
Remember the dotted hearts in our earliest

missals, their venial lesson, scent
of onion skin. We learned

from them never to flirt with a fragrance,
for the sake of our faithfulness.

Blameless lily-white,
how it escapes us, as white always does,

with the merest gesture: a finger
smudge on the slick envelope, thin trickle

on the swab where a nail
ripped, velvet eye-shade against the tissue,

in summer heat, like a returning santo?
It dropped its length on stubby

feet, into our muddy garden.

Absolve us for not knowing
what to eat, how thickly to lay
honey on the bread,

how long to soak the slices.
These are customs children learn,
half-wakened in their homes,

their mamá bowed over the stone,
whole body stirring.
Before long, she wipes her hands

on cotton plied against her hip.
The children set their spoons where
light erupts,

bounces against each bowl,
and skims over bright steel as stippled
cross.

Absolve us for not watching
long enough—those rituals:
cup of water, pinch of sugar brittle fine,

the yeast exhaling clean brume
on the pane, wet blossoms on a paten,
the kitchen ladling, ladling quiet grace.

urging up and outward on the slab.
The dough springs, earnest, to the rim.
Niños, do not stray too far—

Come, niños, to the table. It is time.
Sheaf of wheat she neatly braces,
breaking no familiar stalk.

Why Honeymoons Are Brief

Although the evening light outflames their room,
although it skims their shadows on the rug
(a rug of Indian oceans and tall reeds),
and warms the woolen hollows—

And though they lie on skeins and stare up high,
as if the spackled ceiling were the dusk,
and underneath, a calendar of streets,
a temporal bemusement—

Although the finished spread seems nothing
but the burgeoning of tender, tender touch,
they learn what we once learned:
there’s nowhere far.

A restless voice cries out across the street
and steals what twilight gives them, tipping earth;
the dual scents of lamb and mint converse,
and mindless of the door, feasts wander in.

No matter if they pull the shades, latch inwardly
the locks; the world must sneak its aches, its carbon in.
Won’t one of them respond: cheeks risen, feverish?
And won’t the other pray with human breath? 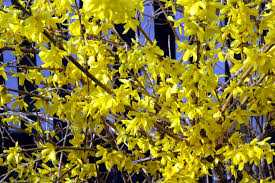